President of Chachoegsao Red Cross Chapter along with the Committee and members visited and distributed sets of daily necessities to those who were affected by the Ming Dhi Chemical Factory explosion in Samut Prakarn Province at Ruamphat Chachoengsao Hospital. 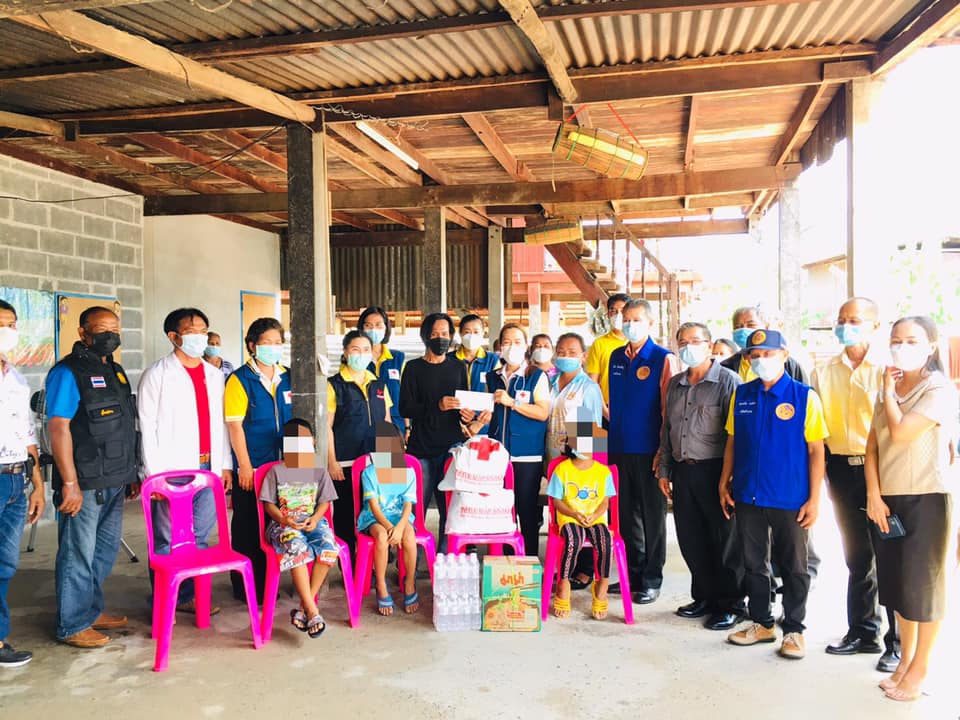 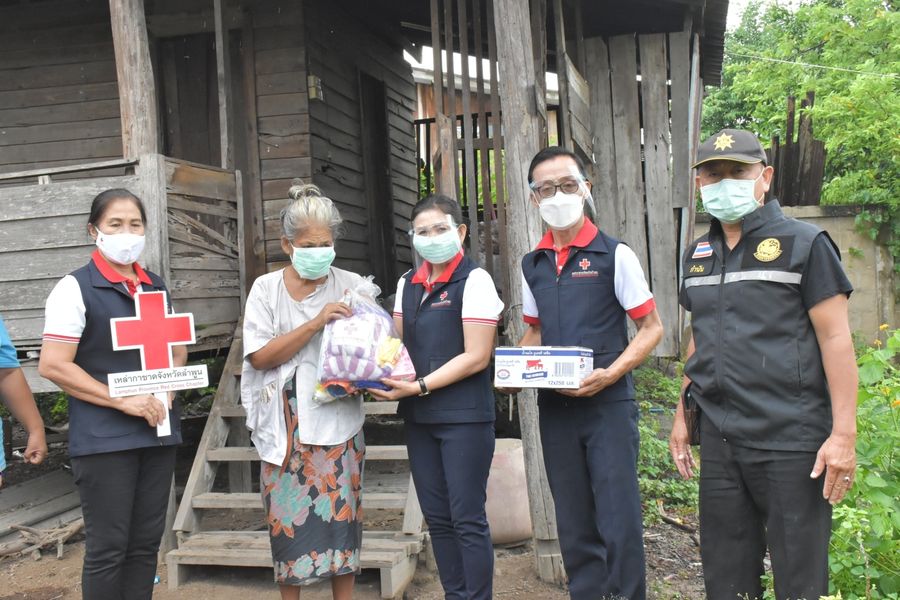 The Committee and members of Udon Thani Red Cross Chapter visited and provided daily necessities and financial support to a patient, a person with disabilities, and the underprivileged in Ku Kaeo District. 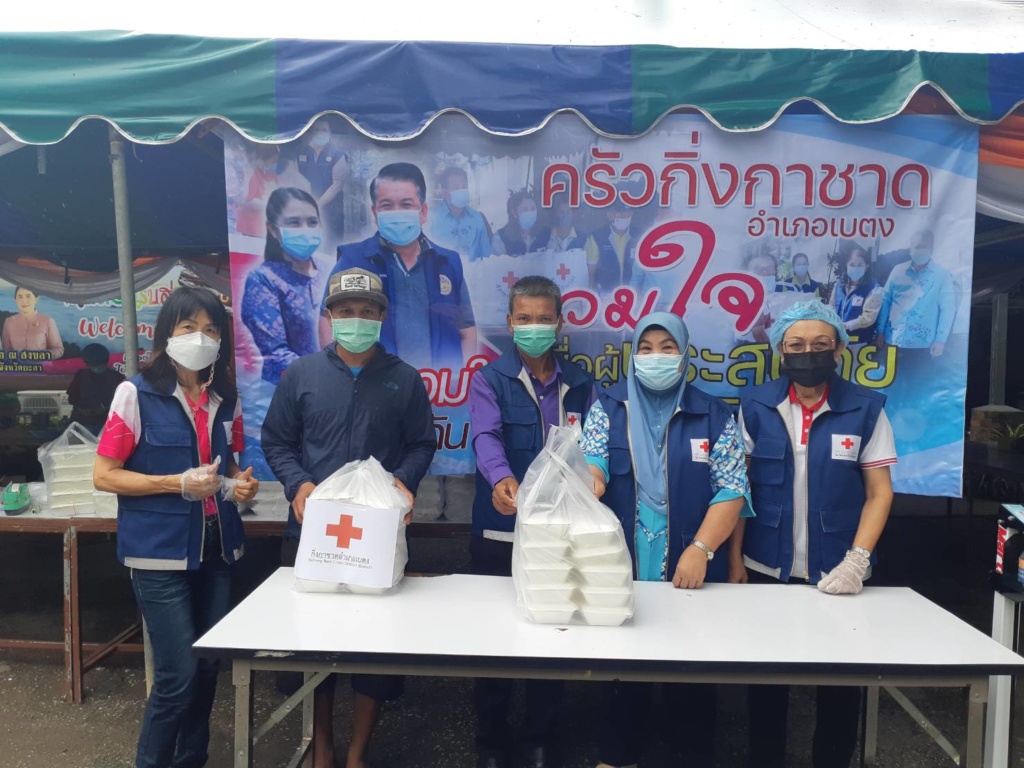 The President of Betong Red Cross District Branch established a mobile kitchen under the project ‘Unity for People Affected by COVID-19’ to provide 780 cooked meals to people under quarantine in twelve communities in Mueang Betong Municipality.

The President of Nong Muang Red Cross District Branch along with the Committee and members provided relief kits to four families under COVID-19 quarantine in Bo Thong Sub-district.