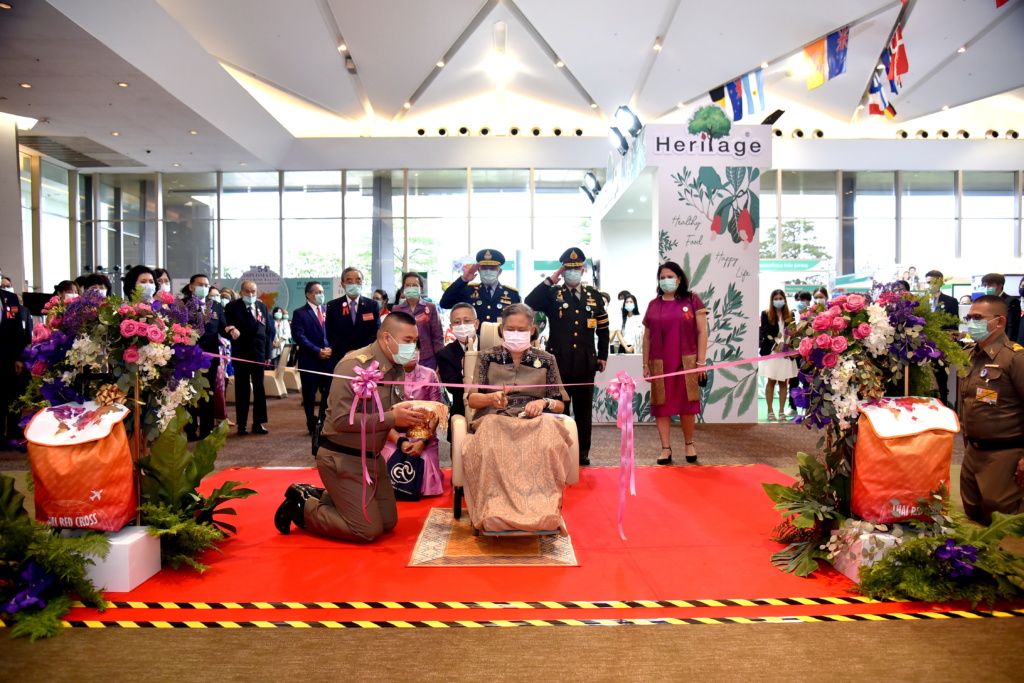 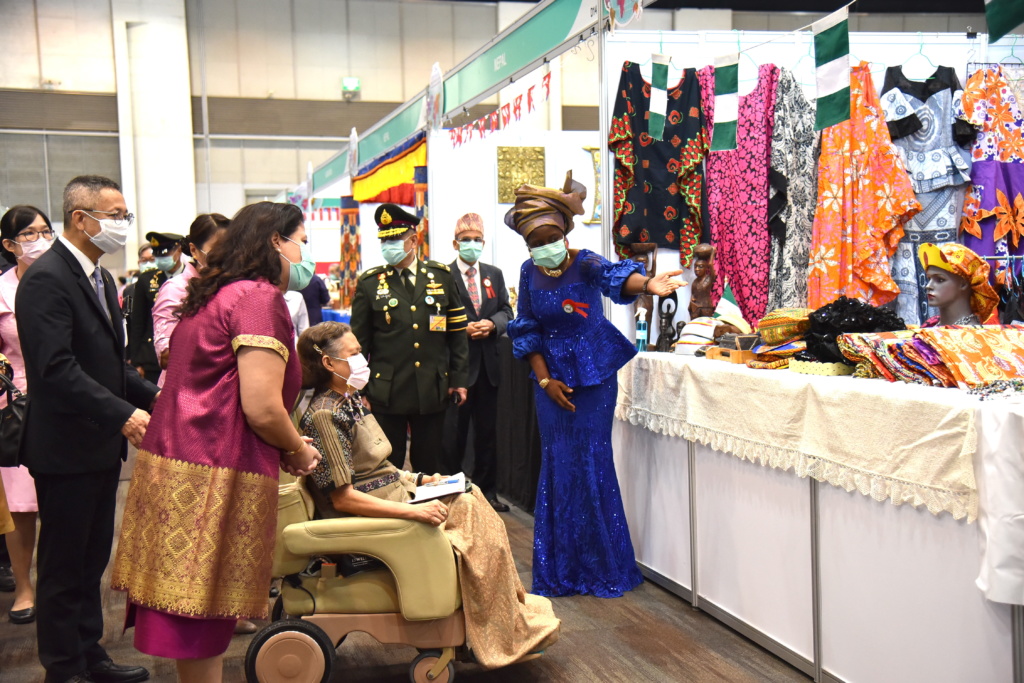 Her Royal Highness Princess Maha Chakri Sirindhorn, Executive Vice President of the Thai Red Cross Society (TRCS), presided over the opening ceremony of the 54th Diplomatic Red Cross Bazaar at Siam Paragon Department Store. The Bazaar was organized by the TRCS and spouses of diplomats in Thailand on 27-29 March 2021. Mr. Phan Wannamethee, Secretary General of the TRCS, Khunying Jada Wattanasiritham, Treasurer of the TRCS, Mr. Khan Prachuabmoh, Director of the Fund Raising Bureau, TRCS, and Mrs. María Ximena Ríos Hamann, spouse of the Ambassador of the Republic of Peru to the Kingdom of Thailand and the Chair of the 54th Diplomatic Red Cross Bazaar Committee, welcomed H.R.H at the ceremony.

The 54th Diplomatic Red Cross Bazaar offered worldwide products from over 50 participating embassies. Cambodia joined the event for the first time. Due to the spread of COVID-19, the Bazaar was held in hybrid format which blended in both on-ground and online platforms. Those interested could access and participate in the event anywhere, anytime via www.dpcredcrossbazaar.com which offered goods and the Diplomatic Red Cross Bazaar raffle, provided international shows, and allowed users to make donation to the TRCS through various projects. The on-ground Bazaar at 5th floor Royal Paragon Hall was held under the strict COVID-19 preventive measures following the regulations of the Ministry of Public Health. The queuing was organized through QueQ Application in order to ensure convenience for participants and reduce overcrowding at the venue. According to their objectives, the Bazaar Committee will allocate the fund raised in the event to support the TRCS in providing assistance to children, women, the disabled, the elderly in rural areas and the underprivileged.